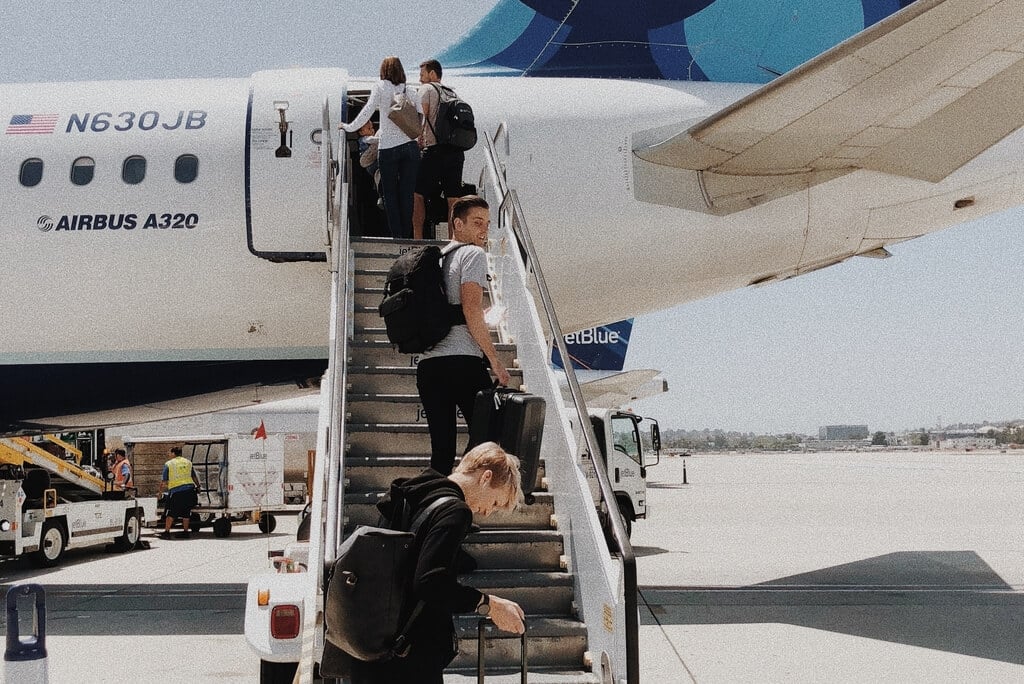 Tim had been on holiday in Fiji for his friend Matt’s bucks party.  After five days of fun in the sun, it was time to fly back to Sydney.

It was hot and humid weather, so Tim wore his thongs to travel home.

Tim’s row was called for boarding. He began to walk up the stairs of the aircraft, carrying his carry on luggage.  Tim was near the top of the stairs when the queue of passengers began to bunch up, as cabin crew checked boarding passes and passengers found their seats.

Tim was slowly shuffling up the steps when he felt a sharp pain on the side of his right foot.  He looked down and saw that his foot was bleeding. He then noticed that there was a sharp edge of metal protruding from the step which had sliced his foot.

When Tim reached the top of the steps, he told the cabin crew what had happened. They were concerned about the bleeding and risk of infection. They therefore arranged for Tim to be taken off the plane to receive first aid in the terminal building.

The first aiders assessed Tim’s foot and advised that he needed stitches.  He was therefore told to get a taxi to the local hospital for treatment and to get a fit to fly certificate.

Tim missed his scheduled flight back to Australia.  He attended Nadi Hospital where his wound was cleaned and he received stitches.

Unfortunately there were no more flights to Sydney that day. Tim therefore had to find overnight accommodation in a hostel.

The airline changed Tim’s ticket and put him on the next flight to Sydney the next morning.

Tim’s foot remained sore and tender.  He was due to return to work as a tradie, but wearing his work boots was too restrictive and painful on his wound.  He therefore saw his local GP.

The GP was concerned about the redness around Tim’s wound.  A swab was taken and it transpired that the wound was infected.  Tim was given a course of antibiotics.  As he had a physical job that required him to be on his feet, he was certified as unfit to work for two weeks.

Tim’s wound healed. However he suffered ongoing pain and tingling where he had scar tissue.  This made standing on his feet for prolonged periods of time uncomfortable, like at work and when mowing the lawn at home.

Tim had not taken out travel insurance before his holiday.  He therefore had considerable out of pocket expenses from his taxis, hospital treatment and accommodation in Fiji.  He had also suffered loss of earnings from his time off work, and wanted compensation for the ongoing problems that his foot was causing him.

Tim tried to contact Nadi International Airport to make a complaint. After several unanswered emails, he finally got through to someone.  However the airport employee came back to him and said that the steps had been checked and they could not find anything wrong with them. They also alleged that Tim should not have been wearing thongs.

Tim decided it was not worth the hassle, and did not pursue a claim.

Tim got on with his life, but constantly had pain in the side of his foot. After 18 months he decided to contact aircraft accidents lawyer Victoria Roy for legal advice.

Victoria explained that as the accident had occurred whilst Tim was a boarding an international flight, he had compensation rights against the airline.

Victoria submitted a claim to the airline, and asked for a copy of the incident report that the cabin crew would have taken.  When this was received, it supported everything that Tim had said.

Victoria arranged for Tim to be assessed by a specialist doctor to prepare a report on his injuries.

Victoria also gathered other evidence to value his losses, like payslips, tax returns, and receipts.

As an expert aircraft accidents lawyer, Victoria advised Tim that there was a strict two year deadline to bring a compensation claim against the airline, otherwise his rights would be lost.  Victoria therefore filed court proceedings against the airline in the District Court of New South Wales to protect Tim’s position.

Once court proceedings were started, the airline instructed lawyers to represent them.

The court set a timetable for the progression of the claim, including an order for Tim and the airline to attend a mediation.  As an experienced aircraft accidents lawyer, Victoria explained each stage of the process to Tim and kept him updated.

The claim settled at mediation without going to trial. Although court proceedings had been started, Tim did not have to set foot in a court room. He was very happy with the result.

For more information about our expertise in aircraft accidents, click here. 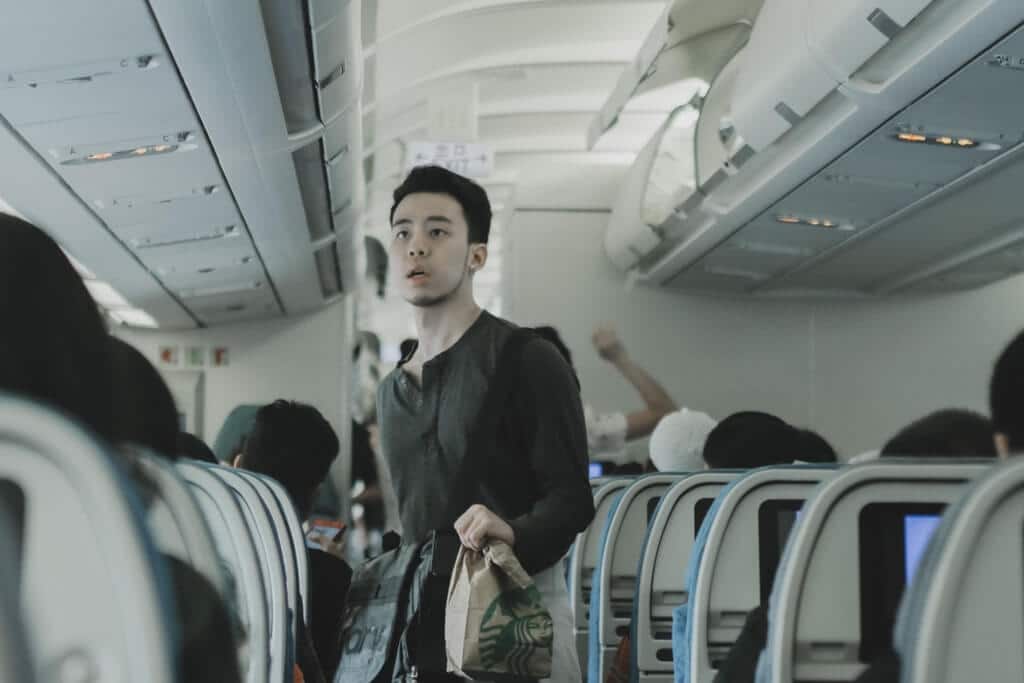 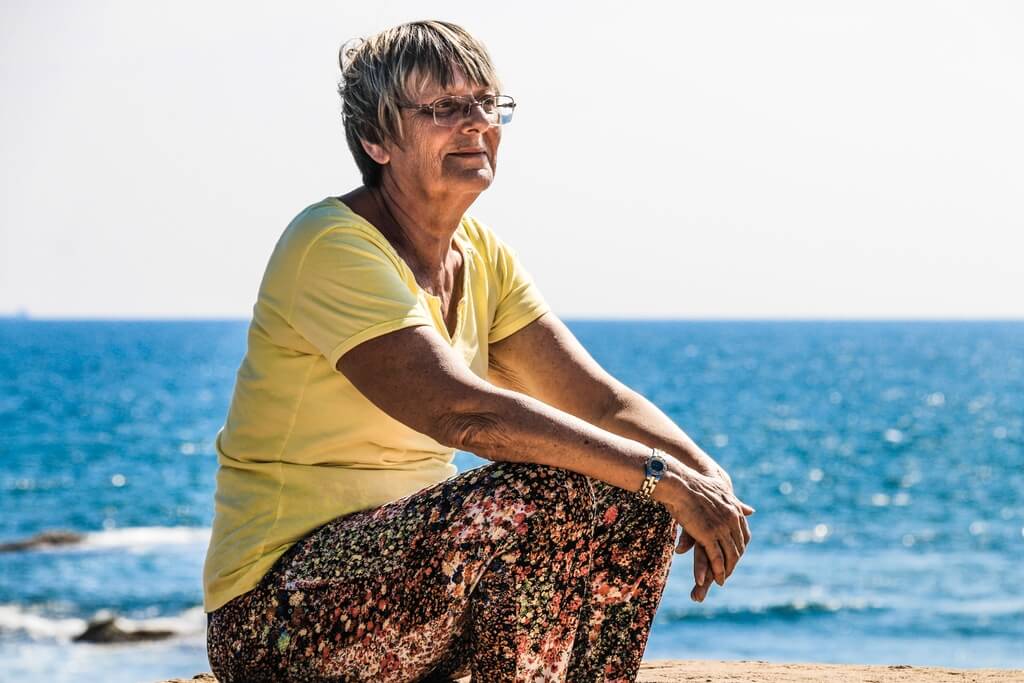